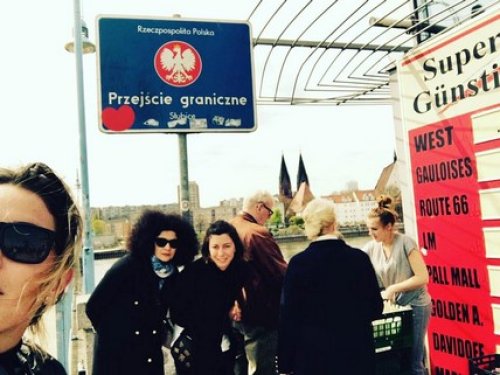 Sound pictures of migration and borders
“Students from five countries - that is a lot of potential!” – I thought as the project “Europe on Air – Migration and culture changing borders” started.
About the Live program Europe On Air
"Since the very beginning, I believed that the diversity of the participants would endorse the learning process about migration, its dynamics and history. And that the students could analyze the facts through their different yet unique cultural lenses and share their opinions with one another.
The borders are all around us. They are built or demolished when large groups of people move or when political powers decide to divide a certain territory laying down a demarcating line between neighbors and ethnic groups. How do people deal with borders that change in their direct environments, in their cities and towns? That is an interesting and very complex topic that we have attempted to explore in our radio broadcast on 88vier. “Let’s write moderations and texts about experiences and current situation concerning migration and borders from your countries” I suggested." (by Mila Zaharieva-Schmolke).
German-English Live program, Part 1
German-English Live program, Part 2
German-English Live program, Part 3
Georgia
"Georgia faces problems related to territorial integrity that results in invisible and visible walls that divide country and people. Nowadays there are about 300 000 internally displaced persons who are migrants in their own country. Every14 th person is displaced from his own home. State provides these people with small allowance in an amount of 50 Euros and State health insurance. Besides, Georgia has accepted 80 migrants from Syria and 200 from Iraq. They are provided with the similar allowance.
The third part of Georgia is still occupied. This is a result of the two wars between Georgia and Russia back in 1992 and in 2008. The borders are controlled by the Russian military and Russian tanks.(...)" (by the Georgian group) 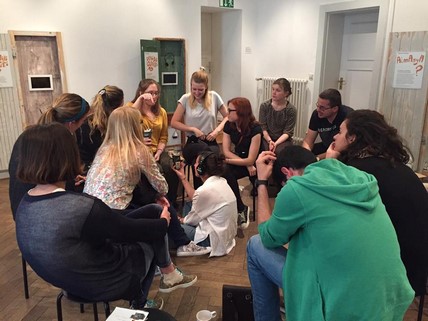 Spain
"Throughout its history, Spain has been a sending country. During the civil war and after the crisis of 2008 a lot of Spanish people went abroad to find a better situation but Spain has has also been a major receiver during the good economic years.(...)
Now, if we take a look at the figures, Latin Americans and Subsaharians together are already half of the immigrant population.(...)" (by the Spanish group)
Germany
"In Germany, in the recent years, we have been dealing with the massive influx of refugees from Syria and Northern Africa. The integration of these newcomers is currently creating challenges fort he German government as well as civil society as a whole. Currently, one is trying to avoid making the same mistakes as in the 1960s and 70s.(...)" (by the German group)
The radio feature "Welcome" by the German group
The radio show "Neue Nachbarschaft", interviews with Michael Thoss (Allianz Kulturstiftung) and with Mr. Gernot Erler (MdB)
Belgium
"When it comes to Migration, Belgium is divided in two parts. One on hand you have the people who are welcoming migrants/refugees.They organize fundraisers, they donate clothes and toys, or help as a volunteer with the integration.
On the other hand, you have the right-winged people who don't welcome them at all.(...) The news coverage in our country is also divided. A few weeks ago there were small riots in Brussels against migrants. VRT, the public broadcasting, minimizes the problem by only showing footage of the police standing still, protesters walking.(...)"  (by the Belgian group)
Bulgaria
"Since Bulgaria is situated on the mere crossroad between the East and the West, it is only natural that it is a part of the so called “Road of hope” - the main migrant route from the Mediterranian to Western Europe.
Not too many migrants want to remain in Bulgaria permanently, however. On the one hand – the socio-economic situation in the country is not attractive for them, on the other – the majority of Bulgarians are not too welcoming or tolerant to the moving masses. The media contributes hugely for this lack of understanding (...)"  (by the Bulgarian group) 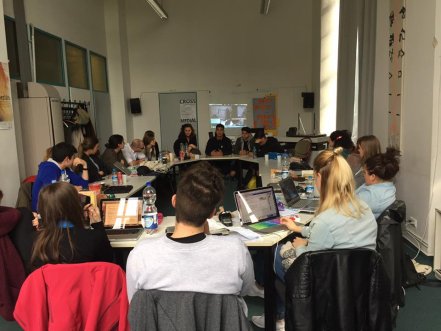 "From uncoordinated refugee crisis to coordinated migration policy", is a long-term objective of the politics, Michael Thoss (Allianz Kulturstiftung) said.
"The threat from international terrorism has undoubtedly reached a new level. The series of attacks in Paris, the destruction of a Russian passenger aircraft over the Sinai Peninsular and the attacks in Ankara and Beirut present enormous challenges for the international community. We must therefore aim to strengthen the capabil­ities of all 57 OSCE participating states to deal with terrorist threats while simultan­eously observing the rule of law and ­human rights.", Gernot Erler said. (Deutschland.de) 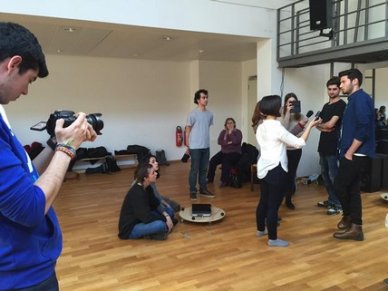