Gemma from Barcelona - How beautiful is Barcelona 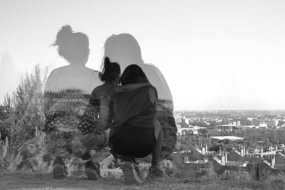 Hello, my name is Julius, I am 15 years old, I come from Berlin. I have two brothers, one of them is my twin brother, who I like very much. I also have two sisters. 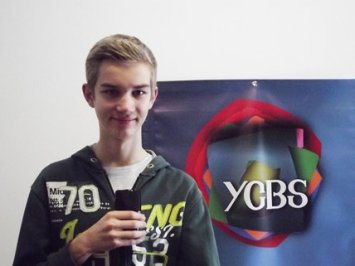 Julius from Berlin
My passion is music, I play Keyboard and Piano and I have my own compositions. My favourite music style is Rock.
I go to the Gabriele – von – Bülow - Gymnasium, where I have chosen the
Latin – as a second language. Our school has projects with Poland and you can learn Polish as your second foreign language also.
Exept the music my hobbies are to play soccer – since ten years I play in a soccer club – and to play computer games.With my brothers and sisters I sometimes make short comedy movies.
I'm interested in radio, because I want to know more about music production and sound editing.
The radio show produced by Julius on YCBS, "Fifa World Cup in Brazil"
Author Julius Hübner
Music by Julius Hübner 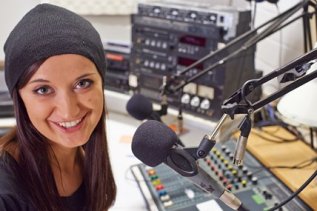 My name is Kseniya Manchak. I am 26 years old. I come from Lviv, Ukraine. It used to be a Polish and Austrian city but now it belongs to Ukraine. There is a legend saying that the founder of Lviv King Danylo Galyckyj named the city after his son – Lew meaning a lion in Ukrainian. That’s why the name Lviv actually means: “a city of Lion”. Since that time a lion is the main symbol of the city. Lviv is now regarded as one of the current cultural centers of Ukraine.
Journalism is life style
Polish
I am half Polish, half Ukrainian and have got two mother languages - Polish and Ukrainian. I can also speak Russian fluently. Somehow it happens that my whole family lives in Spain, but I have been living in Ukraine all my life. In my country I worked as a journalist and TV presenter. Then I moved to Germany and took part in the EVS project. I lived in Freiburg for one year and worked for Radio Dreyeckland. I have learnt and tried out different roles, such as that of reporter, interviewer, and radio presenter. I run my own radio show in Ukrainian and Russian. And I worked in Polish and English, as well.
Journalism is life style
Russian

One can come into contact with sound technology and the media
Hello!
I'm Lukas. I'm 15 years old and come from Berlin. I was born in Nordrhein-Westfalen, in Troisdorf near Bonn to be precise. Owing to my mothers interest in democratic education and democratic schooling we moved to  Hamburg. I attended the Democratic School in Hamburg for one year until we moved to Berlin. In the capital city my mother established "the Democratic School X."
Lukas from Berlin
Due to my mother I attended two separate meetings of EUDEC. EUDEC stands for European Democratic Education Community. The first meeting was in Israel, the second in PuertoRico in the Caribbean. Puerto Rico was a beautiful city with lovely beaches. Israel was also interesting, especially the Western Wall in Jerusalem. I met a lot of new people and gained many new experiences. Owing to certain circumstances I left the Democratic School. 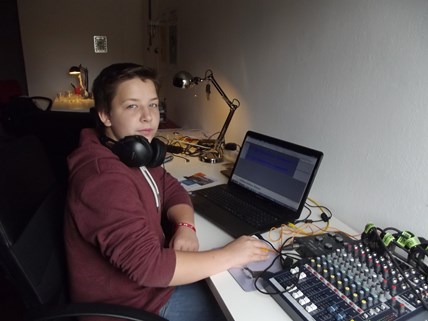 I now attend another school, where I participate in the "Productive Learning" program. The main aim of the program is to gather work experience. It means I spend three days a week doing an internship and two days in school. So far I have held internships in a video game store, car repair shop and in a restaurant. I currently attend the Ernst Schering School in Wedding  in Berlin. Finally, I'd like to add something about my hobbies. I like music, football and going out with friends. I am particularly interested in music and in computers. I currently live in Wedding, and the sheer amount of festivals, concerts and events is what I especially like about Berlin. I feel that work on the radio would be interesting because one can come into contact with sound technology and the media.
http://www.eudec.org/

Anna from Gubin is our intern

Anna from the divided city Guben/Gubin

Anna from Gubin is our intern 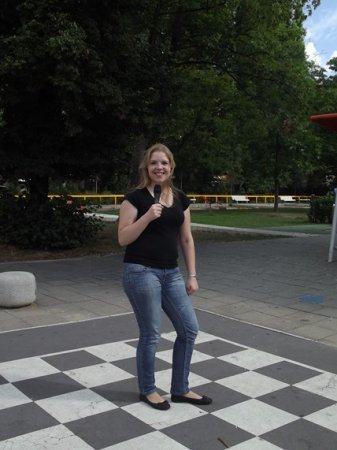 My Name is Anna Lewandowska and I am 23 years old. I come from Gubin in Poland – a town that is located on the Polish-German border. Formerly, Gubin was a part of a German town – Guben that after the Second World War was divided into a Polish and German part - Gubin and Guben. The two cities are very interesting because two nations live there next to each other. In the divided city one can observe many differences however the old architecture remains similar. In the stores one can find Polish and German signs, however the existing border is practically invisible. Thanks to that I could attend a German school on the other side in Guben from the ninth grade on. Since I was always interested in learning foreign languages therefore I wanted to become proficient in German.
As a child I was interested in Asian countries, especially Japan and Korea fascinated me. That’s why I started to learn the Japanese and Korean at home. For me those languages are not difficult that is why I decided to move to Berlin to study Korean culture and language.
I decided to specialize in South Korea because the country is not so well-known in Europe. When it comes to Asian culture, people mostly associate it with the countries like Japan or China.
For me Korea is an exciting country. I had an opportunity to live there for a half year  and to attend the Ewha Womans University in Seoul for one semester as an exchange student. At this university women are allowed to study. I met and became close friends with Korean people who are extraordinarily nice and friendly. Although our cultures are different, I had the feeling of mutual understanding. I would recommend everyone a travel to Korea.
Currently, I’m an intern at the YBCS and I want to share my knowledge about Korea with the listeners. I think that the work at radio is exciting because it is challenging and one can see very fast the results of the work.

“Cultural diversity enriches us” Amanda from Brazil says
I am Amanda Navacinsk Ferreira, I am 21 years old and have been living in Sao Paulo, Brazil since my birth. My ancestors are from Lithuania and Brazil.
I am learning the German language for four years now because I like the language and have a keen interest in improving it, my native language is Portuguese and I can also communicate in English.
I chose to come to Berlin because of my interest in the German language and culture, in order to gain the professional experience I am doing an internship at YCBS.
I decided to move to a different country because of my fascination towards different cultures of the world and the challenge to get acquainted with different mindsets and cultures excites me. 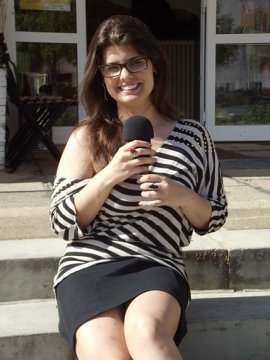 Milan from the Netherlands 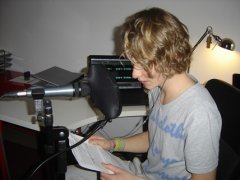 Milan from the Netherlands

Milan Pol is from the Netherlands and now he is in Berlin to improve his German. Milan just finished four weeks of language school here. Now he is working for ycbs. He is interested in the projects of this international radio. "Working for ycbs improves my German", Milan tells. Milan likes being in Utrecht. The city has just like Amsterdam those characteristic Dutch houses along the city channels called grachtenpanden.

Take a look at the photo reportage made by Milan about his internship at YCBS:

Hannah is an intern at YCBS

Hannah was a part of the YCBS team from the middle of October until the end of November. 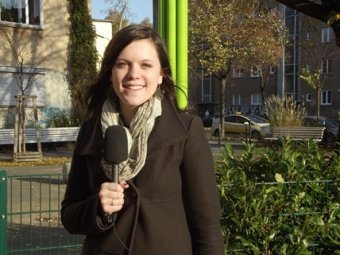 She did her Bachelor’s degree in International elations at the University of Geneva in Switzerland. She lives in Switzerland and is bilingual in French and English and also speaks German.

Hannah is an intern at YCBS

She has been interested in discovering different cultures from a very young age, as she herself comes from an intercultural background. Indeed, her mother comes from New Zealand and her father comes from the United States, but she was born and raised in Switzerland. She came to Berlin to improve her German while also getting some work experience in a field that interested her and that is why she did an internship at YCBS. She speaks about how the internship was for her.