Bucharest and the Roma minority 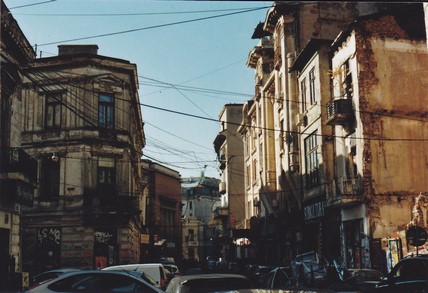 The situation of the Roma minorities is extremely difficult throughout Europe. The Roma people are one of the most disadvantaged minorities in Europe – regularly targeted by the right wing parties and hate groups live on the margins of society. Yet, they are European citizens. It is important to note that many Europeans struggle with unemployment, lack of perspectives and poverty which are especially common in the new EU member states and in Southern Europe.

Italian culture in Berlin - YCBS and the Italian Culture 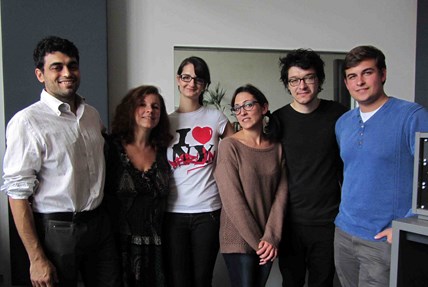 They have decided to live, work and study in the capital city of Germany. And in our multilingual program we had three of them in our studio, who introduced us to some media that treats exactly this topic: Italian culture in Berlin. Andrea D'Addio is one of the organizers of the Italian Film Festival called Tuscia and recently took place in Berlin. We had an interesting interview about how, where and why this special film festival was organized. Andrea also has an online magazine called Berlino Cacio e Pepe.

The rescue of the Bulgarian Jews

You can go home! 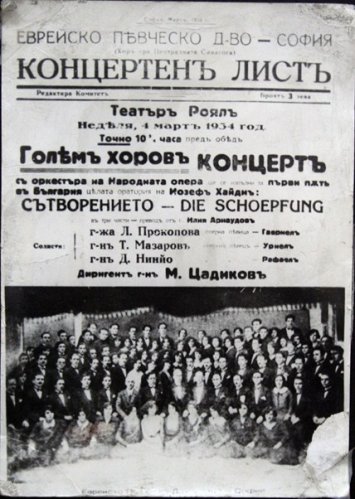 Schindler's List was about the world. Compared to it the fact, that all of 48.000 Jews living in Bulgaria were saved from death camps, remains unknown. The head of the Bulgarian church, politicians and professional associations stopped Hitler's diplomats and the other anti-Semitic accomplices and in this way prevented from murdering the Bulgarian Jews. Bulgaria was, on the one hand, an ally of Nazi-Germany, but, on the other hand, as far as racial issue is concerned, the country pursuing different policies. At the last moment, the king Boris III the Unifier supported the protesting society and together with the church, intellectuals and politicians hindered the deportation of the people to the death camps.

The lecture "You can go home!"

A country between the Mediterranean  Sea and the Alps - Slovenia.  Katja and her brother Peter live there. In the capital - Ljubljana 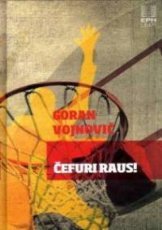 they feel at home. Katja Presa works for a Student  Radio- one of the oldest radio stations countrywide, she takes up moderating the broadcasts. Katja and Peter agreed to present a bit of the Slovenian language which is the small one and resembles the Croatian and Serbian.
Join us in our trip to Ljubljana!

Peter's famouse author is the Slovenian writer Goran Vojnovic. He is best known for his novel Cefurji raus!. It describes the problems between locals and immigrants from the former Yugoslavia.

"Languages as a cultural heritage and as a tool for ethnic division", lecture held by Mila Zaharieva-Schmolke,

My neighbour and me. The story of the divided cities

My neighbour and me is a radio project in which more than 60 youngsters from Poland, Germany and France took part .

My neighbour and me. The story of the divided cities
(English)

Despite the young people origin from various culture living next to one another, it is not easy to get into conversation with one another.
The Commission for UNESCO chose the theme the city as a topic for the year 2011.

My neighbour and me. The story of the divided cities
(Polish, German, French)

Radio feature "My neighbour and me"

The young reporters from Prague Vojta Vrabec and HonzaDupač interviewed a well-known Czech screenplay writer Zdanek Mahler, who is a relative of a composer Gustav Mahler.
You will listen to the conversation with Zdenek Mahler about his life. He reveals, for example, how his popular screenplay for movie masterpiece about Mozart's legendary Amadeus was created.  It is  also interesting  how he started his cooperation with the director of the movie Milos Forman. Zdanek Mahler and the young journalists also talk  about the Czech language because this radio segment is dedicated to the Czech culture.

My language means my culture


The language reflects the mentality, traditions and emotions. It tells the history of particular culture. The other way round,  from their own culture and history people develop a certain language system with some exceptions and rules. An international language such as English helps us obviously to communicate but it cannot replace the mother language.

In our international project we present the languages that can be categorized according to the particular language families, they are the groups of the Germanic, Slavic, Altaic, Romanic, Afroasiatic, Indogermanic and Sino-Tibetan languages.
Listen to the further languages that are hardly spoken in the streets of central European cities as Bulgarian and Ladino. What Ladino is you can find out from our broadcast!

Stubborn Minority are the Pomaks in Bulgaria

The Pomaks are Muslim minority in Bulgaria that mainly inhabits Rhodop Mountains. The community numbering 300 000 people is hardly known in the heart of Europe although their way of life as Europeans. The Pomaks travel throughout  Europe carrying Christian names while using Muslim ones at home. They speak Bulgarian but also visit the Mosque and celebrate the Christian holidays. No matter for them. They have lived peacefully with the Turks, Bulgarians and Roma for more than 1400 years!
Are the Bulgarians that were Islamized under the Ottoman rule simply a different ethnic group? The scientists provide us only with mere presumptions. Therefore Turks, Bulgarians, Greeks and Arabians strive to win the Pomaks over. Once during the communist regime their Muslim names were replaced with Christian ones. The Pomaks do not bow to anything; they keep a balance between different camps and benefit from various cultures, however, they maintain their individuality.
Listen to their stories!

My neighbour and me is a radio project in which more than 60 youngsters from Poland, Germany and France took part. Despite the young people's origin from various 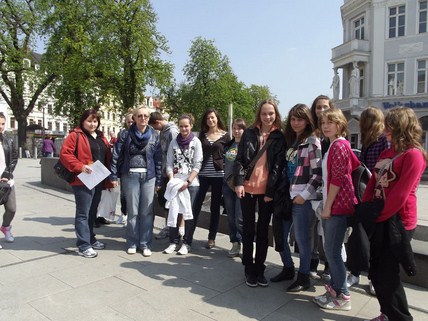 culture living next to one another, it is not easy to get into conversation with one another.

The Commission for UNESCO chose the theme about the city as a topic for the year 2011.

The radio programme is broadcasted in English, French, German and Polish! 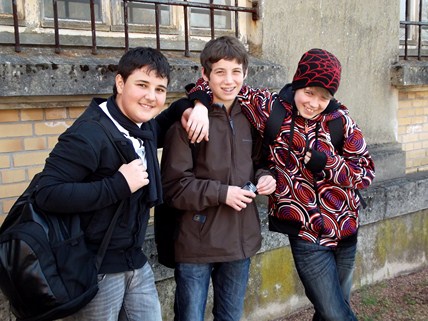