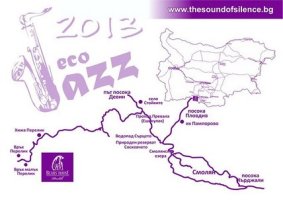 The Festival will be held for the eighth consecutive year in the Rhodopi Mountains. The Rhodopes are situated on a crossroad, where during the centuries different cultures met, clashed and interwove creating a real mosaic of customs, beliefs and traditions that everyone can now touch. The Rhodopes are the homeland of the legendary singer and musician Orpheus.


("Another way" by Mike Moreno)


("Between the lines" by Mike Moreno)

The exiting part of the festival takes place near the Rhodopes' highest peak "Perelik" on the stage of "Bear house" over 2,000 m altitude, where the music stands out among the magnificent pristine nature.

Enjoy contemporary jazz with elements of rock performed by Peter Slavov from New York with his trio:

Mike Moreno - guitar from the USA and Dimitar Semov - drums from Bulgaria.

Peter Slavov is the co-leader of New York-based collective Open Ended. Peter has performed at some of the most prestigious venues and festivals around the world.

Leading his own band Mike Moreno released his debut CD "Between the lines" on World Culture Music. The band is a quintet including tenor and piano, playing all his original music.

Students at the Summer Academy organized by the New Bulgarian University will participate with their own improvisations, based on Rhodope melodies. 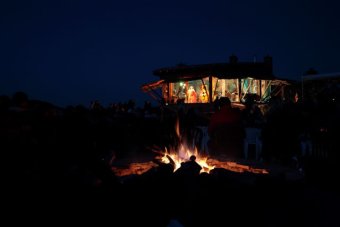 EYOT is the band from Nis, Serbia. Their music represents the musicians hungering for a fresh sound, blending the culture of jazz, the sophistication of classical piano, the gritty elements of East European folk music, and just a hint of smooth electronic fusion.

The festival is suported by the American Chamber of Commerce in Bulgaria and by the Atlantic Club of Bulgaria.

YCBS is a media partner of the Festival!